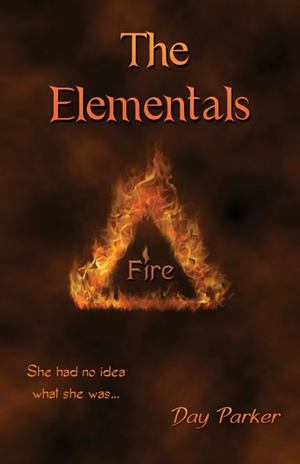 Day Parker
Sera was just a normal girl, or so she thought- that is, until her parents were killed in freak car accident, thrusting her into a mysterious world of wealthy relations she never knew existed. A world, that, until now, had been kept hidden from her. As her sixteenth birthday approaches, dark secrets converge, and Sera's reality is further shaken when she falls for the alluring, yet forbidden Adam Crandall. This earthy stranger ignites something dangerous deep within her that she doesn't understand. Is he the key to unlocking the mystery that surrounds her, or will he only lead to more questions? To make matters worse, someone wants her out of the picture. Could it be her arch rival, Bree, who is somehow connected to Adam and wants him all to herself? Or is something else responsible for her near-fatal mishaps?

On a search one day for a good book on elemental control and magical realism, I had stumbled upon this book series. This is book number one (book two is: Air, book three is: Earth). I did enjoy this book. I felt that it had all the good feels for a good contemporary book with a little bit of elemental control. I would say that this book is lacking in the main point that I choose to read this book and that is the "elemental control". Yes, it had some situations of an instance where elemental control is used in the book but not enough descriptions were given to be able to build that part of the magic that I would have liked. Also, there is quite a few typos and grammatical errors that I found to be surprising that no one before publishing caught. I still enjoyed the novel and I will continue the series to see if maybe the next parts will hopefully build on this to give me more "magic".