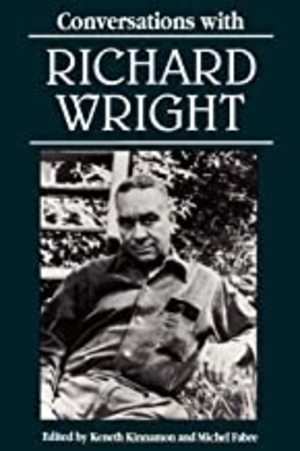 Keneth Kinnamon (Editor), Michel J. Fabre (Editor)
For more than two decades Richard Wright was interviewed by the American and foreign press, first as the author of "Uncle Toms Children" (1938), "Native Son" (1940), and "Black Boy" (1945), next as a famous expatriate recently arrived and lionized in postwar Paris, and finally as the seasoned writer of a dozen books. At the end of his life the young man from Mississippi had become a well-traveled intellectual deeply interested in the social and political as well as literary and racial issues of the Old, the New, and the Third World. "Conversations with Richard Wright" collects some fifty interviews, many of which are little known in the United States because they appeared in non-English European periodicals and newspapers. This collection reveals a serious, often didactic Wright, giving voice to his inarticulate brothers and sisters as he reveals his racially representative colonialism. Most of his interviewers were white men, and he was always trying to make the