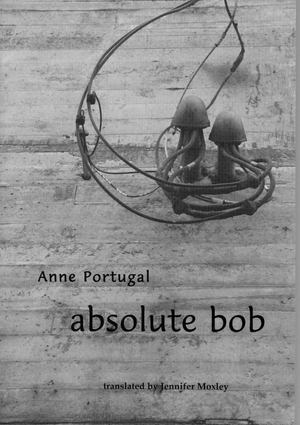 Anne Portugal, Jennifer Moxley (Translator)
Poetry. Translated from the French by Jennifer Moxley. bob, a brave little guy (joker, operator, sheer energy?) bops in the manner of a video-game through the ways a poem inhabits sense or nonsense, speeds or slows, slides into forms or undoes them. bob occupies his virtual field of action in perpetual motion, beats down doors, explores corridors, removes walls, strikes sparks from repetition, sets fire to "the same old," pulls the levers of creation. The book's 24 chapters remind us of film's 24 images per second--just as bob to French ears suggests bobine, the reel that unrolls them. Also of the 24 hours in the day of a man who must exhaust himself in command performances that gradually asphyxiate even the fabrication of verse.