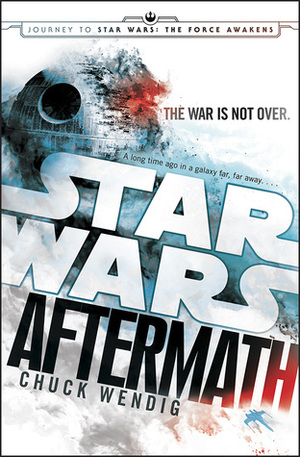 Chuck Wendig
The second Death Star is destroyed. The Emperor and his powerful enforcer, Darth Vader, are rumored to be dead. The Galactic Empire is in chaos. Across the galaxy, some systems celebrate, while in others Imperial factions tighten their grip. Optimism and fear reign side by side. And while the Rebel Alliance engages the fractured forces of the Empire, a lone Rebel scout uncovers a secret Imperial meeting. . . .

This is the worst Star Wars book I've read, well mostly read. I abandoned it halfway through and instead read the more entertaining Wookieepedia plot summary.