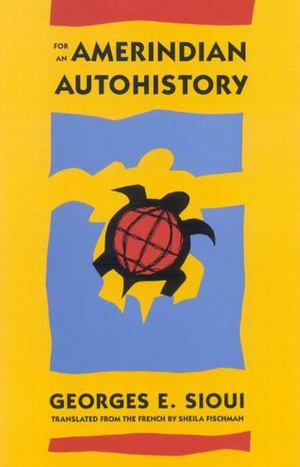 Sheila Fischmann, George E. Sioui
Sioui has produced a work not only of metahistory but of moral reflections. He contrasts Euroamerican ethnocentrism and feelings of racial superiority with the Amerindian belief in the "Great Circle of Life" and shows that human beings must establish intellectual and emotional connections with the entire living world if they hope to achieve abundance, quality, and peace for all. Sioui is proud to be a Huron and an Amerindian and is fully aware of the injustices that the aboriginal people of North America have suffered - and continue to suffer - at the hands of Euroamericans. He is convinced that the greatness of Amerindians does not lie only in the past but that Native peoples will play an even more important role in the future by providing ideas essential to creating aviable way of life for North America and the world. While this is a polemical work, Sioui never descends to recrimination or vituperative condemnation, even when that might seem justified. Instead, he has given us a polemic that is written at the level of philosophy.