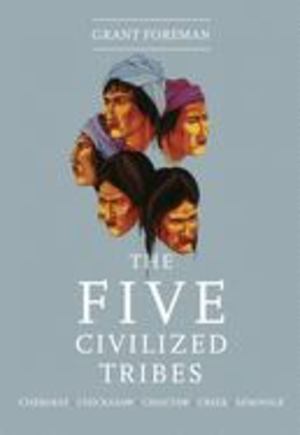 Grant Foreman
Side by side with the westward drift of white Americans in the 1830's was the forced migration of the Five Civilized Tribes from Mississippi, Alabama, Georgia, and Florida. Both groups were deployed against the tribes of the prairies, both breaking the soil of the undeveloped hinterland. Both were striving in the years before the Civil War to found schools, churches, and towns, as well as to preserve orderly development through government and laws. In this book Grant Foreman brings to light the singular effect the westward movement of Indians had in the cultivation and settlement of the Trans-Mississippi region. It shows the Indian genius at its best and conveys the importance of the Cherokees, Chickasaws, Choctaws, Creeks, and Seminoles to the nascent culture of the plains. Their achievements between 1830 and 1860 were of vast importance in the making of America.