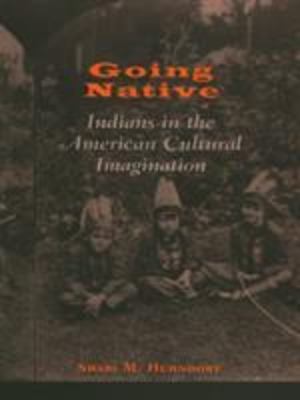 Shari M. Huhndorf
Since the 1800's, many European Americans have relied on Native Americans as models for their own national, racial, and gender identities. Displays of this impulse include world's fairs, fraternal organizations, and films such as Dances with Wolves. Shari M. Huhndorf uses cultural artifacts such as these to examine the phenomenon of "going native," showing its complex relations to social crises in the broader American society--including those posed by the rise of industrial capitalism, the completion of the military conquest of Native America, and feminist and civil rights activism. Huhndorf looks at several modern cultural manifestations of the desire of European Americans to emulate Native Americans. Some are quite pervasive, as is clear from the continuing, if controversial, existence of fraternal organizations for young and old which rely upon "Indian" costumes and rituals. Another fascinating example is the process by which Arctic travelers "went Eskimo," as Huhndorf describes in her readings of Robert Flaherty's travel narrative My Eskimo Friends and his documentary film Nanook of the North. Huhndorf asserts that European Americans' appropriation of Native identities is not a thing of the past, and she takes a skeptical look at the "tribes" beloved of New Age devotees. Going Native shows how even seemingly harmless images of Native Americans can articulate and reinforce a range of power relations including slavery, patriarchy, and the continued oppression of Native Americans. Huhndorf reconsiders the cultural importance and political implications of the history of the impersonation of Indian identity in light of continuing debates over race, gender, and colonialism in American culture.