Lyric of the Circle Heart 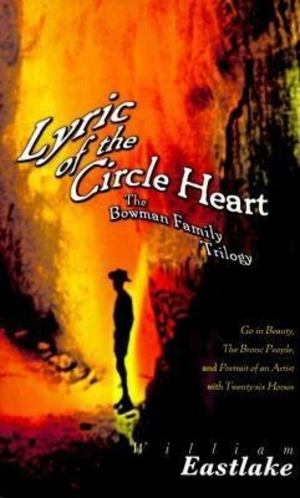 William Eastlake
These novels face head-on the reality of the American Indian, perhaps the last great taboo in American culture. After all of the flag-waving, the wars to protect the Land of the Free, and interventions around the world in the name of democracy, how do Americans admit, even today, that America was not discovered by Columbus and not courageously cultivated by white Anglo-Saxons? The land was invaded and a people destroyed, all in the name of religion, political freedom, and money. Long before Cormac McCarthy and even long before Tom Robbins, William Eastlake invented an American Southwest whose comic and tragic dimensions, as well as its hard beauty, encapsulates American myths and nightmares in much the way that Faulkner did with his invented Yoknapatawpha County. Against a background of New Mexico that transcends regional space, Eastlake explores race, greed, and tradition, evoking stereotypes for the sake of exploding them and laying bare an American reality that is a strange mix of pop culture, zany humor, biting satire, and a deep-seated respect for and love of the land.