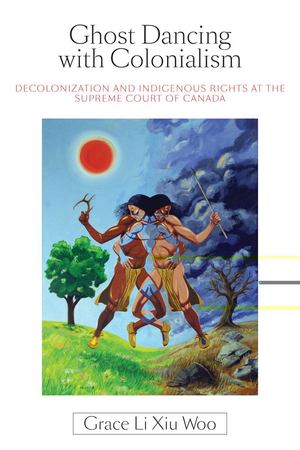 Grace Li Xiu Woo
Some assume that Canada earned a place among postcolonial states in 1982 when it took charge of its Constitution. Yet despite the formal recognition accorded to Aboriginal and treaty rights at that time, Indigenous peoples continue to argue that they are still being colonized. Grace Woo assesses this allegation using a binary model that distinguishes colonial from postcolonial legality. She argues that two legal paradigms governed the expansion of the British Empire, one based on popular consent, the other on conquest and the power to command. Ghost Dancing with Colonialism casts explanatory light on ongoing tensions between Canada and Indigenous peoples.