Batman: Whatever Happened to the Caped Crusader? 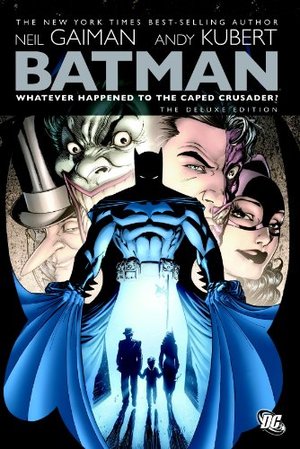 Neil Gaiman
Gotham City is plagued with crime and corruption in places high and low, but one man has taken a stand against evil of all forms: the dark avenger known as Batman. But now the Dark Knight is dead; apparently fallen at the hands of dying god Darkseid. "Whatever Happened to the Caped Crusader" is a captivating and mysterious tale, the likes of which Batman and friends have never experienced before. Delving into the realms of life, death and the afterlife, no stone is left unturned in this exploration of every facet and era of Bruce Wayne's life. Neil Gaiman, the multiple award-winning author of "Sandman" and "Coraline", is joined by legendary artist Andy Kubert ("Batman and Son") for the ultimate Batman story!