Corpse Roads of Cumbria: Featuring Walks Along The County's Ancient Paths, The 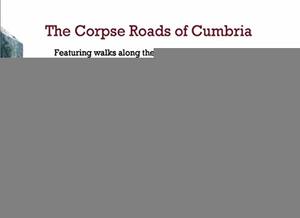 Alan Cleaver, Lesley Park
Criss-crossing the Cumbrian landscape are are many ancient corpse roads. The enigmatic name hints at their curious origins. These paths were used until the 18th Century to transport the dead from the remote villages to the 'mother' church for burial. Eventually villagers petitioned for their own churches and burial rights but the corpse roads remained. Alan Cleaver and Lesley Park have researched these ancient paths and the stories surrounding them. The book also explores the county's surviving coffin rests as well as Cumbrian funeral customs and superstitions.