Agents of Repression: The FBI's Secret Wars Against the Black Panther Party and the American Indian Movement 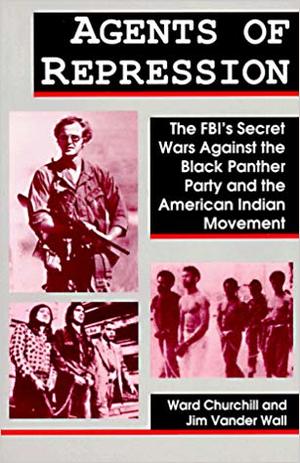 Ward Churchill, Jim Vander Wall
From the Red Scare of 1919-1920 to the McCarthy period of the 1950s to the COINTELPRO era of the 1960s, the FBI has operated primarily as America's political police. Set against this sordid background, the complex of FBI operations conducted against the Black Panther Party and the American Indian Movement, including murder, kidnapping, and a range of other illegal activities, provides a shocking indictment of the lawlessness of the "law enforcers." Contrary to official announcements that COINTELPRO-type activities ended in 1971, Churchill and Vander Wall demonstrate that the FBI not only continued them, but in some cases actually increased their levels of intensity and violence. Agents of Repression concludes with consideration of recent FBI attempts to disrupt or destroy the Puerto Rican independence movement and the Central America sanctuary and solidarity movements. Profusely illustrated and indexed, Agents of Repression will undoubtedly serve as the benchmark text for those concerned with understanding not only what happened to the Black Panthers and the American Indian Movement, but the functional reality of America's political police.