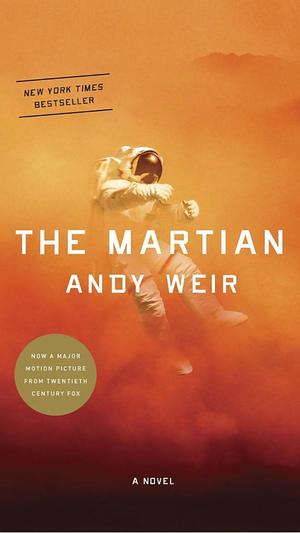 Andy Weir
#1 NEW YORK TIMES BESTSELLER * "Brilliant . . . a celebration of human ingenuity [and] the purest example of real-science sci-fi for many years . . . utterly compelling."--The Wall Street Journal The inspiration for the major motion picture Six days ago, astronaut Mark Watney became one of the first people to walk on Mars. Now, he's sure he'll be the first person to die there. After a dust storm nearly kills him and forces his crew to evacuate while thinking him dead, Mark finds himself stranded and completely alone with no way to even signal Earth that he's alive--and even if he could get word out, his supplies would be gone long before a rescue could arrive. Chances are, though, he won't have time to starve to death. The damaged machinery, unforgiving environment, or plain-old "human error" are much more likely to kill him first. But Mark isn't ready to give up yet. Drawing on his ingenuity, his engineering skills--and a relentless, dogged refusal to quit--he steadfastly confronts one seemingly insurmountable obstacle after the next. Will his resourcefulness be enough to overcome the impossible odds against him? NAMED ONE OF PASTE'S BEST NOVELS OF THE DECADE "A hugely entertaining novel [that] reads like a rocket ship afire . . . Weir has fashioned in Mark Watney one of the most appealing, funny, and resourceful characters in recent fiction."--Chicago Tribune "As gripping as they come . . . You'll be rooting for Watney the whole way, groaning at every setback and laughing at his pitchblack humor. Utterly nail-biting and memorable."--Financial Times

Really enjoyed the science fiction elements of this story. The only reason it did not score higher was due to the fact that it seemed to drag on for too long.

I bought this book from a gift shop in the LAS airport to help pass the time before my delayed flight. I read as much as I could before boarding, then used my phone screen to read on the plane without disturbing my neighbors, and debated staying up that night until I finished. It is absolutely not a fast read and is very dense, but the plot is dynamic and interesting. The story is told from multiple different perspectives and leaves you wanting more but respecting the abrubt ending. The reader is put through a rollercoaster of emotions, especially anxiety, despair, confusion and relief.

As someone who knows very little about space travel and mars I loved this book and would recommend it to science fiction fans. You probably need to know more about space to understand everything about the context, but the heart of the story is humanity and its value.

Part of why I chose to read this book is that I enjoyed the 2015 movie adaptation with Matt Damon. I didn't remember much of the movie beyond the general cast and a couple significant scenes, so I decided to rewatch it after finishing the book. Here's the problem, the book is so much better. If you thought you liked the movie, you'll love this book.