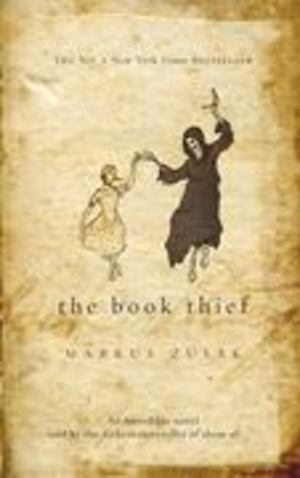 Markus Zusak
It's just a small story, really, about among other things: a girl, some words, an accordionist, a Jewish fist fighter, and quite a lot of thievery ... Narrated in the all-knowing matter-of-fact voice of Death, witnessing the story of the citizens of Himmel Street: When nine-year-old Liesel arrives outside the boxlike house of her new foster parents, she refuses to get out of the car. Liesel has been separated from her parents - 'Kommunists' - for ever, and at the burial of her little brother, she steals a gravedigger's instruction manual which she can't read. It is the beginning of her illustrious career. neighbour obsessed with Jesse Owens. She also befriends the mayor's wife, who hides from despair in her library. Together Liesel and Rudy steal books - from Nazi book burning piles, from the mayor's library, from the richer people of Molching. In time, the family hide a Jewish boxer, Max, who reads with Liesel in the basement. By 1943, the Allied bombs are falling, and the sirens begin to wail. Liesel shares out her books in the air-raid shelters. late ...A life-changing tale of the cruel twists of fate and the coincidences on which all our lives hinge, this is also a joyous look at the power of book to nourish the soul. Its uplifting ending will make all readers weep.