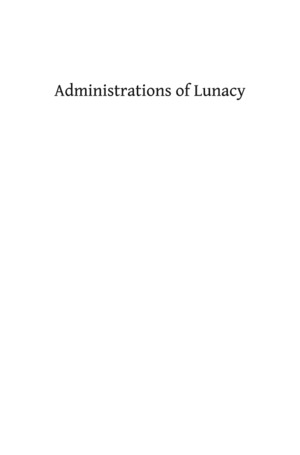 Mab Segrest
“Whew! They going to send around here and tie you up and drag you off to Milledgeville. Them fat blue police chasing tomcats around alleys.” —Berenice in The Member of the Wedding by Carson McCullers A scathing and original look at the racist origins of the field of modern psychiatry, told through the story of what was once the largest mental institution in the world, by the prize-winning author of Memoir of a Race Traitor After a decade of research, Mab Segrest, whose Memoir of a Race Traitor forever changed the way we think about race in America, turns sanity itself inside-out in a stunning book that will become an instant classic. In December 1841, the Georgia State Lunatic, Idiot, and Epileptic Asylum was founded on land taken from the Cherokee nation in the then-State capitol of Milledgeville. A hundred years later, it had become the largest insane asylum in the world with over ten thousand patients. To this day, it is the site of the largest graveyard of disabled and mentally ill people in the world. In April, 1949, Ebony magazine reported that for black patients, “the situation approaches Nazi concentration camp standards . . . unbelievable this side of Dante’s Inferno.” Georgia’s state hospital was at the center of psychiatric practice and the forefront of psychiatric thought throughout the nineteenth and twentieth centuries in America—centuries during which the South invented, fought to defend, and then worked to replace the most developed slave culture since the Roman Empire. A landmark history of a single insane asylum at Milledgeville, Georgia, A Peculiar Inheritance reveals how modern-day American psychiatry was forged in the traumas of slavery, the Civil War, and Reconstruction, when African Americans carrying “no histories” entered from Freedmen’s Bureau Hospitals and home counties wracked with Klan terror. This history set the stage for the eugenics and degeneracy theories of the twentieth century, which in turn became the basis for much of Nazi thinking in Europe. Segrest’s masterwork will forever change the way we think about our own minds.