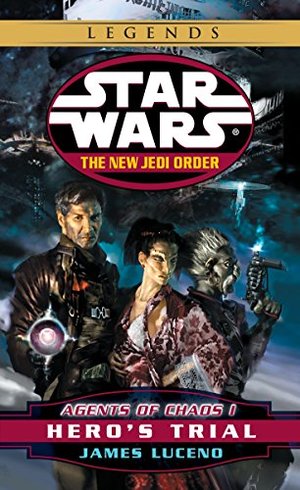 James Luceno
Merciless attacks by an invincible alien force have left the New Republic reeling. Dozens of worlds have succumbed to occupation or annihilation, and even the Jedi Knights have tasted defeat. In these darkest of times, the noble Chewbacca is laid to rest, having died as heroically as he lived--and a grief-stricken Han Solo is left to fit the pieces of his shattered soul back together before he loses everything: friends, family, and faith. Refusing help from Leia or Luke, Han becomes the loner he once was, seeking to escape the pain of his partner's death in adventure . . . and revenge. When he learns that an old friend from his smuggling days is operating as a mercenary for the enemy, he sets out to expose the traitor. But Han's investigation uncovers an even greater evil: a sinister conspiracy aimed at the very heart of the New Republic's will and ability to fight--the Jedi. Now Han must face down his inner demons and, with the help of a new and unexpected ally, honor Chewbacca's sacrifice in the only way that matters--by being worthy of it.