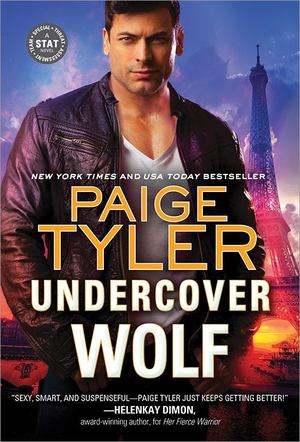 Paige Tyler
When these two agents are under fire, they'll have to reconsider everything they know... Werewolf Harley Grant isn't exactly comfortable with her inner wolf. Even though she's on a STAT team where she can use her abilities openly, she refuses to do so, putting herself--and sometimes her teammates--at risk. Alpha werewolf Sawyer Bishop would give anything for his MI6 team to know about his inner wolf, but his teammates are mistrustful of anyone or anything with inhuman abilities. When he meets Harley on an overlapping case and realizes she's a fellow wolf, he's more than a little intrigued. Now that STAT and MI6 have to team up to stop a crew of supernatural bad guys intent on causing a nuclear meltdown, Harley can no longer deny her wolf and Sawyer can no longer hide his. As they grow closer to resolving the case and grow closer to each other, they discover things aren't what they seem and revenge could cost them their lives. New York Timesand USA Todaybestselling author Paige Tyler brings the heat in this action-packed shifter mate romance! Praise for Paige Tyler's wolf shifters: "Full of suspense, action, shoot-outs, evil plots, and strange supernatural creatures."--Long and Short Reviewsfor Wolf Under Fire "If you love hunks in uniform, a spitfire heroine, drama, danger, intrigue, and some really steamy moments then get your hands on Wolf Rising."--Fresh Fictionfor Wolf Rising