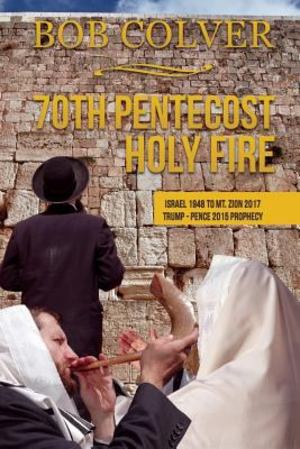 Bob Colver
I attended the Indiana Family Institute Banquet on August 20, 2015 with Governor Mike Pence as the speaker. Governor Pence's intern was sitting across the table. As the Spirit led, I told the intern about the Jerusalem vision I had in August 1988. I appeared as Nehemiah in Habakkuk 2: 1-3, 11, 14 with these words spoken in the vision. I asked for a Confirmation: "Dan Quayle will be Bush's Vice President." Verified next day. Then I prophesied to him, "Pence will be Trump's Vice President." August 26, 2016, I met the governor for several minutes, prophesying a vision for 2017, including the enemies of Israel and the United States. Also "Pentecost 2017 is the most important day in the history of Israel, except the LIFE and Cross of Jesus Christ" by the Holy Spirit. "His Appearing" (Jesus) in Majesty and Authority IN 144,000 to bring judgment and redemption in the earth. Endorsement: Chad Taylor, Consuming Fire Network chadtaylor@consumingfire.com Over the past 30 years of walking with Jesus and ministering in His Name, I have had the privilege of meeting and getting to know many heroes of the faith such as Leonard Ravenhill, Nicky Cruz, Arthur Blessit, Melody Green (wife of Keith Green), and many, many others. Bob Colver is one of these rare individuals along life's path we can take for granted and miss the treasure hidden right under the surface. Bob's passion for Israel and imminent end-time events is staggering. www.triumphalrestoration.com