Last Olympian (Percy Jackson and the Olympians, Book 5), The 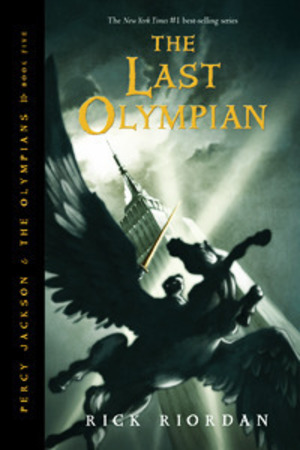 Rick Riordan
All year the half-bloods have been preparing for battle against the Titans, knowing the odds are against them. Kronos is stronger than ever, and with every god and half-blood he recruits, his power only grows.                         In this momentous final book in the New York Times best-selling series, the prophecy surrounding Percy’s sixteenth birthday unfolds. And as the battle for Western civilization rages on the streets of Manhattan, Percy faces a terrifying suspicion that he may be fighting against his own fate.

Great book. Honestly, it's a little sad at the end but I really like the way it goes. Sometimes perfectly happy endings don't make sense and this is one of those books.