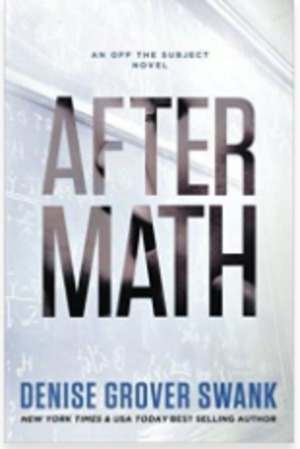 Denise Grover Swank
Scarlett Goodwin’s world is divided into Before and After. Before she agreed to tutor Tucker Price, college junior Scarlett was introvert, struggling with her social anxiety disorder and determined to not end up living in a trailer park like her mother and her younger sister. A mathematics major, she goes to her classes, to her job in the tutoring lab, and then hides in the apartment she shares with her friend, Caroline. After junior Tucker Price, Southern University’s star soccer player enters the equation, her carefully plotted life is thrown off its axis. Tucker’s failing his required College Algebra class. With his eligibility is at risk, the university chancellor dangles an expensive piece of computer software for the math department if Scarlett agrees to privately tutor him. Tucker’s bad boy, womanizer reputation makes Scarlett wary of any contact, let alone spending several hours a week in close proximity. But from her first encounter, she realizes Tucker isn’t the person everyone else sees. He carries a mountain of secrets which she suspects hold the reason to his self-destructive behavior. But the deeper she delves into the cause of his pain, the deeper she gets sucked into his chaos. Will Scarlett find the happiness she’s looking for, or will she be caught in Tucker’s aftermath?

@rottgrl88
Reviewed: 2020-10-06
This was my very first experience with this author and right out of the gate it was actually pretty good. Other than some minor grammatical errors/typos (that absolutely drive me crazy), the author's story telling was nice. She had some relatable characters and an interesting plot line. This story revolved around two main characters, Scarlett and Tucker. Both at Southern University in Tennessee. Scarlett is a Mathematics major who helps to tutor Tucker. Tucker is a History major and a star athlete at school as a Soccer star. There were some minor character flaws with Tucker's character that I felt that the author should have gone in a different direction with. In my opinion, I think that the story wrapped up nicely and the writing style was easy to follow along with, pacing-wise. Hence me being able to read it so quickly. I would recommend this book and I am interested in picking up other books from this author.
Item Posts
@rottgrl881y 3mo
completed ... on 2019-01-04
@rottgrl881y 3mo
began ... on 2019-01-03
© 2022 libib.com / All rights reserved