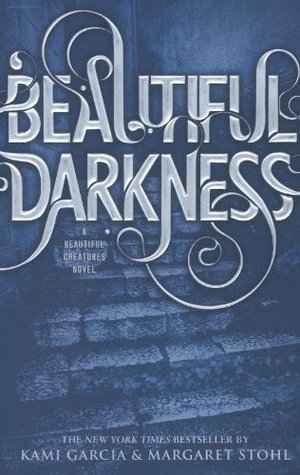 Kami Garcia, Margaret Stohl
Ethan Wate used to think of Gatlin, the small Southern town he had always called home, as a place where nothing ever changed. Then he met mysterious newcomer Lena Duchannes, who revealed a secret world that had been hidden in plain sight all along. A Gatlin that harbored ancient secrets beneath its moss-covered oaks and cracked sidewalks. A Gatlin where a curse has marked Lena's family of powerful Supernaturals for generations. A Gatlin where impossible, magical, life-altering events happen.Sometimes life-ending.Together they can face anything Gatlin throws at them, but after suffering a tragic loss, Lena starts to pull away, keeping secrets that test their relationship. And now that Ethan's eyes have been opened to the darker side of Gatlin, there's no going back. Haunted by strange visions only he can see, Ethan is pulled deeper into his town's tangled history and finds himself caught up in the dangerous network of underground passageways endlessly crisscrossing the South, where nothing is as it seems.

Ethan, Lena, Link, Riddly, Marion, Liv, and a host of others. They go through a lot in this book. A lot a lot. Lena’s guilt, Ethan learns so much, Riddly (view spoiler) go through huge transformations. The gang really goes through the ringer. In the end they are all different but okay, I think. I suppose time will tell.

Like I said about a lot happens in this book. I won’t even try to sum it all up. I’ll just say that I was interested, intrigued and surprised throughout my time in Gatlin. Things are very complicated and I think they will get more so in the near future. I think Ethan and Lena will handle it well as long as they stick together.

This is difficult to write as the problem I have with audiobooks is that I’m often listening to them while driving so I can’t make notes or reread anything and I’m totally dependent on my terrible memory. :-(

I’m left with the impression that Riddly is still up to no good.