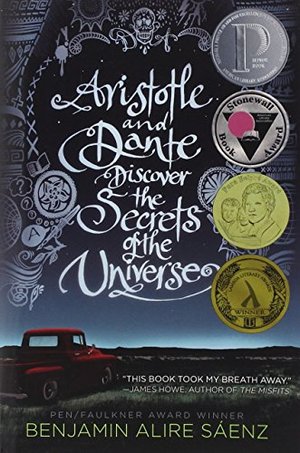 The summer of 1987 is supposed to be the best summer of Ari’s sometimes troubled life, but it doesn’t workout exactly as he has planned. Luckily, he finds a new best friend in Dante -- and perhaps more about himself than he realizes. Aristotle and Dante Discover the Secrets of the Universe follows the lives of two very different 15-year-old Hispanic boys throughout a time of great change and discovery. The beautiful cover art leaves you wanting further illustrations throughout the novel, but Benjamin Alire Sáenz provides descriptive text that helps you feel fully engulfed throughout the story. The raw emotions of his characters keep you laughing, sympathizing and sometimes criticizing as you follow Ari along his path to self-discovery, with Dante pulling him along. This would be an excellent resource for teens dealing with the struggles of questioning their sexuality.