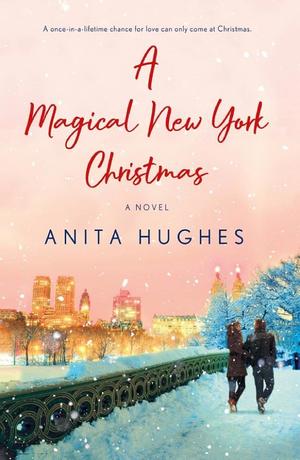 Anita Hughes
"There’s plenty to love in this sparkling Christmas rom-com."—Publishers Weekly A magical holiday love story set at the glamorous Plaza Hotel in New York City. It’s Christmas week when 26-year-old Sabrina Post knocks on the door of the Vanderbilt suite at the Plaza Hotel in New York City, ready to accept the ghostwriting position for the memoir of Grayson Westcott—a famous art dealer. A struggling journalist, Sabrina can't believe her luck: a paycheck and six nights in her own suite at the Plaza. She feels like Eloise, the heroine from her favorite children’s books. To make the job even more exciting, Grayson recounts how he worked as a butler at the Plaza sixty years ago for none other than the author of the Eloise books, Kay Thompson. What promises to be a perfect week is complicated when Sabrina meets Ian Wentworth, a handsome British visitor, at the hotel bar. When Ian assumes Sabrina is another wealthy guest at the hotel, she doesn’t correct him —a decision she doesn’t regret after learning that Ian is a member of the British aristocracy. But, things are not what they seem. The truth is: Ian is not a wealthy lord; he’s actually the personal secretary of Lord Spencer Braxton. As the week unfolds, will Sabrina and Ian learn the truth about one another? Filled with the magic that can only be found at the Plaza Hotel during the holidays, and revealing facts about the author of the Eloise books, Anita Hughes's A Magical New York Christmas is both a holiday treat and a heartwarming story that reminds us that falling in love is the greatest miracle of all.