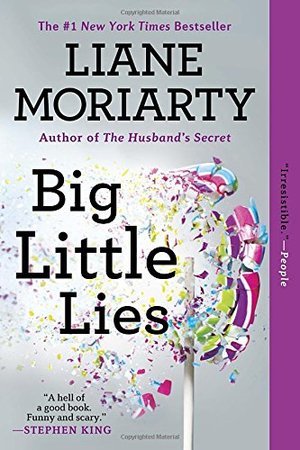 @maureenkeavy
Reviewed: 2019-11-24
I am VERY emotional right now but this book was SO GOOD. SO GOOD. There were so many elements of things that made it good. The narrative was set up expertly. The characters seemed so real and so vivid. The setting was great and the plot was great and everything was GREAT. It's suspenseful and dark and crazy and wonderful. It's a twist on a murder mystery and it does it so well. This book also deals with darker issues like domestic abuse and rape, and how it approached those subjects and dealt with them was phenomenal, though I would say you should avoid this book if those things are triggering to you, especially domestic abuse. MADELINE WAS MY FAVORITE FOREVER AND EVER. Also the audiobook was a+. I think this is my first 5 star of the year I LOVED it.
@hannahmadera
Reviewed: 2019-10-16
I loved this book! Liane’s writing style is captivating and hilarious. I felt like I was truly watching ever scene and conversation take place, like a fly on the wall. I found myself empathizing, hurting, laughing, and pondering right alongside the characters. Brilliantly woven story that surprises along the way! Also a really great insight into domestic violence. It’s complicated and tightly interlocked with relationship. It isn’t as easy as it sounds from the outside to simply leave.
@pixielesher
Reviewed: 2018-07-30