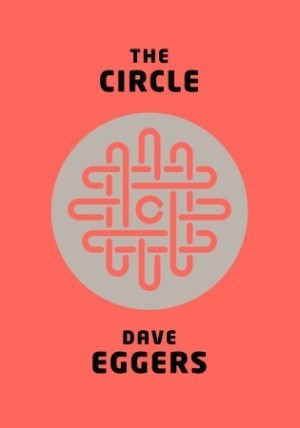 Dave Eggers
The Circle is the exhilarating new novel from Dave Eggers, best-selling author of A Hologram for the King, a finalist for the National Book Award. When Mae Holland is hired to work for the Circle, the world’s most powerful internet company, she feels she’s been given the opportunity of a lifetime. The Circle, run out of a sprawling California campus, links users’ personal emails, social media, banking, and purchasing with their universal operating system, resulting in one online identity and a new age of civility and transparency. As Mae tours the open-plan office spaces, the towering glass dining facilities, the cozy dorms for those who spend nights at work, she is thrilled with the company’s modernity and activity. There are parties that last through the night, there are famous musicians playing on the lawn, there are athletic activities and clubs and brunches, and even an aquarium of rare fish retrieved from the Marianas Trench by the CEO. Mae can’t believe her luck, her great fortune to work for the most influential company in the world—even as life beyond the campus grows distant, even as a strange encounter with a colleague leaves her shaken, even as her role at the Circle becomes increasingly public. What begins as the captivating story of one woman’s ambition and idealism soon becomes a heart-racing novel of suspense, raising questions about memory, history, privacy, democracy, and the limits of human knowledge.

@mkp
Reviewed: 2020-09-25
An addicting read, but pretty problematic for me. Despite that, I think it was a worthwhile read.
I love the ideas that this book addresses: Privacy, Digital/Social World. Do you have any suggestions of similar, hopefully better novels that look into the same subjects?

This book presents a compelling possible future where one highly successful but monopolistic, private tech company (think Facebook, Google, and Amazon merged as one) subtly takes control of everyone's private and public lives--not just in the US but world wide. It's a likely scenario and perhaps closer to our current reality than we realize. I love how accessible The Circle is as it delves into this future, where social media and the digital world take over our lives. I love how the book portrays mob mentality, the pressures of always being watched, the pressure to share, the tension between private and public living, our easy adoption of technology to despite privacy sacrifices, and our readiness to worship charismatic company leaders.

But moving onto my problems with The Circle. 1) Some of the characters are sooo agency-less! Yuck. The main character May, especially, never really thinks for herself. I understand there are people like that in the world, but I have trouble caring about them in a story. I find it frustrating, too, that this type of personality was applied to a female character. And I don't mean to bring that up in just a feminist way, though that is really important, but I bring it up because it's a tired structure for a book to follow: the lead female goes through the story and things simply happen to her. It was hard for me to believe she didn't have more moments of doubt, more introspection as fully-fleshed-out character, or times where she initiates her own actions. 2) Cheesy. Sometimes this is good, and other times it just gets too much. 3) At times, Eggers is hitting the nail too much on the head and things feel just too obvious. The reader is almost always way ahead of the character in understanding the implications of this or that decision. It can make for impatient reading.

That all said, our future is heading in the way of this book and I enjoyed reading it for that reason.
@aliceqpenguin
Reviewed: 2020-05-27
Someone called it a 491 page soapbox. Well, I'm on the same soapbox, and I still agree with that. What did I just read? Can I have my three days back?

I want to grab the main character by the shoulders and shake some sense into her. I also want to never again read a book that's set almost 100% in a crazy workplace; I feel like I haven't had any time off because I've been working even when I'm not working.
@literallymya
Reviewed: 2019-01-14
really haunting and terrifying. as if I wasn't already trying to cut back on social media
@famossamoss
Reviewed: 2018-07-25
A nightmare. A fascinating nightmare everyone should have.

Eggers paints a world scarily similar to our own. Though the book has no particular date, it could esaily be today or perhaps ten years from now, but certainly not far off. Reflecting a world we already live in just slightly exaggerated and grotesque, Eggers shows us what horrors become possible when we lose sight of the critical balance between privacy and publicity -- from our private lives to the running of governments. The novel sheds light on the ability of social media and our digital lives to overtake and crush our humanity under the guise of increasing knowledge.

The novel builds up slowly. About halfway through, I began to wonder when the action would start. We get it, I thought, The Circle is like Google, everything is great, the possibilities are endless. This, of course, shows my own numbness to the creeping presence of the digital world in my own life, but that's another story for another day. The book holds increasingly less subtle metaphors, believable dialogue which explores many of the concepts in-depth, a fascinating mix of characters, company phrases evocative of Animal Farm, and a couple major plot twists.

I couldn't put it down. Genuinely one of the best books I've read in a long time. Should be mandatory reading for anyone with an online presence. A perfect example of important fiction.

I wanted to like this book so bad. I was super excited when I heard about it and started it. It started well, ramped up well, but I was really dissapointed with the ending.
-mm

@spirit0
Reviewed: 2017-01-29
Dave Eggers knows how to wield words effectively, though sometimes he hits you with them quite bluntly. But it seems pretty obvious that he has little to no understanding of how anything he's trying to philosophize about works (and apparently he admitted he did no research for this book, so, why is he a cultural force again?)

I've worked at Silicon Valley tech companies for a few years now, as a non-tech employee, as the protagonist Mae is. Mae, somehow, never interacts with an engineer, or needs to seek help from them, or shows any curiosity into how apps are built. This not-so-distant future also is apparently bug free? There are never any technical difficulties in this book to speak of. It's mind-boggling. That's just surface-level stuff. And I'm supposed to trust that Eggers can critique this industry through witty satire?

There are legitimate issues he often brings up, once, and then lets drop in favor of his focus on privacy concerns or whatever he's on about. There is one disturbing but on-point passage where Mae describes her disgust when she goes off The Circle's campus, a disgust at the dirty, wretched lives of the non-privileged people, particularly people who are homeless. This is an attitude I have heard various coworkers in tech also espouse. I once watched a well-dressed man in downtown San Francisco spit on a homeless woman for repeatedly speaking to him, and to this day I regret not punching this terrible man-child in the face. There is only one paragraph in this book dedicated to this issue.

Eggers also doesn't really address issues of cost, ever. Sure, The Circle has a million gillion dollars. But the people who have to buy all the chips to implant in their children and whatever else they invent do not have that money. Not everyone has money to buy a computer today.

It doesn't talk about how tech is supposed to make everything easier for us to do, and disrupt the status quo, and yet it seemingly has managed to contribute to the worsening of inequality, precisely because of these money politics.

It doesn't address how non-tech employees at tech companies v. engineers are treated (there's a huge gap, but judging from Mae's journey, you'd never know). There are wage and cultural importance gaps that are entirely unfair, and contribute to above alluded to inequality (when only an admittedly sizable chunk of the population enjoys inflated, luxurious salaries, what are the rest of the people to do besides get priced out?).

It doesn't touch on sexism in the industry, and I find it extremely strange that the audiobook was narrated by a man when the protagonist is a woman. Then again, she's written by a man who, as we've demonstrated, doesn't actually know what to satirize in the tech industry, so perhaps I shouldn't be so surprised.
Item Posts
@bas5y 4mo
completed ... on 2015-09-13
© 2021 libib.com / All rights reserved