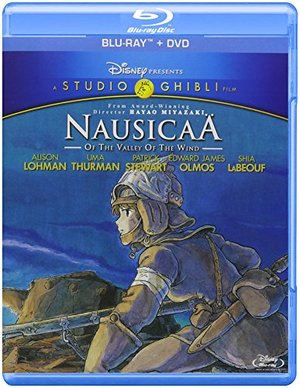 Hayao Miyazaki
For the first time ever, the magic of Blu-ray high definition reveals the exquisite details in Hayao Miyazaki's epic masterpiece, Nausicaa of the Valley of the Wind.Experience the film that launched the Academy Award winning career (2002 for best animated feature, Spirited Away) of one of the most celebrated filmmakers in the history of animation.After a global war, the seaside kingdom known as the Valley of the Wind remains one of the last strongholds on Earth, untouched by a poisonous jungle and the powerful insects that guard it. Led by the courageous Princess Nausicaa, the people of the Valley engage in an epic struggle to restore the bond between humanity and Earth.Like Hayao Miyazaki's Spirited Away and Ponyo, Nausicaa of the Valley of the Wind will dazzle your senses with its intracately imagined storytelling and stunning aniimation now more spectacular than ever on Blu-ray.