Grownup: A Story by the Author of Gone Girl, The 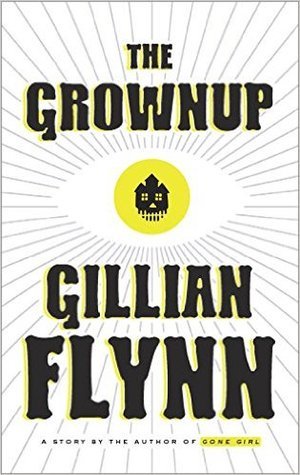 Gillian Flynn
Gillian Flynn’s Edgar Award-winning homage to the classic ghost story, published for the first time as a standaloneA canny young woman is struggling to survive by perpetrating various levels of mostly harmless fraud. On a rainy April morning, she is reading auras at Spiritual Palms when Susan Burke walks in. A keen observer of human behavior, our unnamed narrator immediately diagnoses beautiful, rich Susan as an unhappy woman eager to give her lovely life a drama injection. However, when the "psychic" visits the eerie Victorian home that has been the source of Susan’s terror and grief, she realizes she may not have to pretend to believe in ghosts anymore. Miles, Susan’s teenage stepson, doesn’t help matters with his disturbing manner and grisly imagination. The three are soon locked in a chilling battle to discover where the evil truly lurks and what, if anything, can be done to escape it. “The Grownup,” which originally appeared as “What Do You Do?” in George R. R. Martin’s Rogues anthology, proves once again that Gillian Flynn is one of the world’s most original and skilled voices in fiction.

This is a bound short story that is twisted and leaves one wondering. There is not a trustworthy character in the entirety of the book. I love books that make you ponder deep into the night. I was scared that night and slept with a bat.

@misskaelyn
Reviewed: 2018-10-01
This was one of the most bizarre books I have ever read. The beginning of the book was definitely a shocker and something I wasn't expecting. But the further along, I got with the book it became spooky and then due to the length of the novel just stopped. I wished this book had a shorter beginning to the story and longer actual creepy storyline. Overall this book was spooky yet bleh. If you're looking for a quick read to add to your Goodreads challenge this book could be for you!
@pixielesher
Reviewed: 2018-07-30

I love little books that pack a punch. The Grownup is a little slip of a book that makes you wonder throughout, "WTF". Flynn mentions different ghost stories: The Woman in White, The Haunting of Hill House, Rebecca and The Turn of the Screw and she mixes these books into 64 pages of pure terror. There are references to the books mentioned and if you love to find the hidden eggs you will love this book.

P. S. Any author who reads this, could you give us books like this? A little taste of your work while we wait for your next novel. Think of it as a little love letter to your readers. We all love little love letters.

This is a bound short story that is twisted and leaves one wondering. There is not a trustworthy character in the entirety of the book. I love books that make you ponder deep into the night. I was scared that night and slept with a bat.