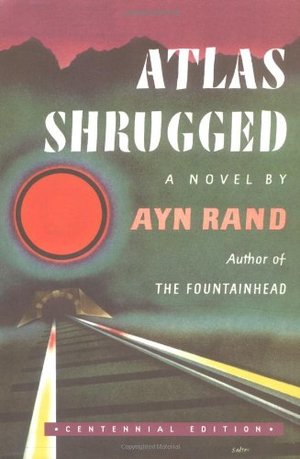 Ayn Rand
This is the story of a man who said that he would stop the motor of the world - and did. Was he a destroyer or the greatest of liberators? Why did he have to fight his battle, not against his enemies, but against those who needed him most, and his hardest battle against the woman he loved? What is the world's motor - and the motive power of every man? You will know the answer to these questions when you discover the reason behind the baffling events that play havoc with the lives of the characters in this story." "Tremendous in its scope, this novel presents an astounding panorama of human life - from the productive genius who becomes a worthless playboy - to the great steel industrialist who does not know that he is working for his own destruction - to the philosopher who becomes a pirate - to the composer who gives up his career on the night of his triumph - to the woman who runs a transcontinental railroad - to the lowest track worker in her Terminal tunnels." This is a mystery story, not about the murder of a man's body, but about the murder - and rebirth - of man's spirit. It is a philosophical revolution, told in the form of an action thriller of violent events.