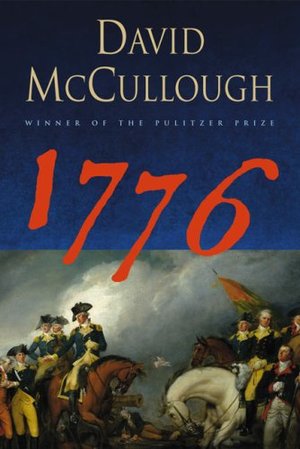 David McCullough
In this masterful book, David McCullough tells the intensely human story of those who marched with General George Washington in the year of the Declaration of Independence—when the whole American cause was riding on their success, without which all hope for independence would have been dashed and the noble ideals of the Declaration would have amounted to little more than words on paper.     Based on extensive research in both American and British archives, 1776 is a powerful drama written with extraordinary narrative vitality. It is the story of Americans in the ranks, men of every shape, size, and color, farmers, schoolteachers, shoemakers, no-accounts, and mere boys turned soldiers. And it is the story of the King's men, the British commander, William Howe, and his highly disciplined redcoats who looked on their rebel foes with contempt and fought with a valor too little known.     At the center of the drama, with Washington, are two young American patriots, who, at first, knew no more of war than what they had read in books—Nathanael Greene, a Quaker who was made a general at thirty-three, and Henry Knox, a twenty-five-year-old bookseller who had the preposterous idea of hauling the guns of Fort Ticonderoga overland to Boston in the dead of winter.      But it is the American commander-in-chief who stands foremost—Washington, who had never before led an army in battle. Written as a companion work to his celebrated biography of John Adams, David McCullough's 1776 is another landmark in the literature of American history.