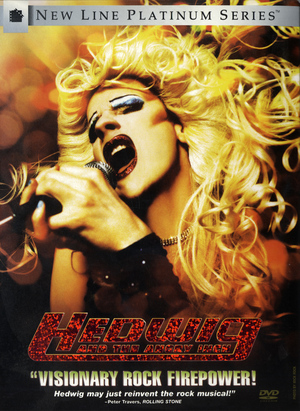 John Cameron Mitchell
Hedwig & The Angry Inch (DVD)After falling in love with a U.S. Army sergeant, an East Berlin boy named Hansel undergoes a sex-change operation so that he can legally marry his beloved. But the operation is botched, leaving the boy less than a man, but not quite a woman. Deserted in a Kansas trailer park, the boy/girl, now named Hedwig, reinvents himself/herself as a rock star. Based on the hit off-Broadway musical.]]>