Color of Water: A Black Man's Tribute to His White Mother, The 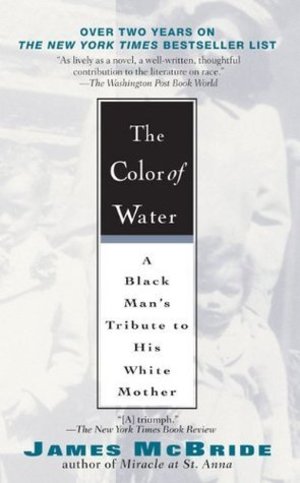 James McBride
James McBride grew up one of twelve siblings in the all-black housing projects of Red Hook, Brooklyn, the son of a black minister and a woman who would not admit she was white. The object of McBride's constant embarrassment and continuous fear for her safety, his mother was an inspiring figure, who through sheer force of will saw her dozen children through college, and many through graduate school. McBride was an adult before he discovered the truth about his mother: The daughter of a failed itinerant Orthodox rabbi in rural Virginia, she had run away to Harlem, married a black man, and founded an all-black Baptist church in her living room in Red Hook. In her son's remarkable memoir, she tells in her own words the story of her past. Around her narrative, James McBride has written a powerful portrait of growing up, a meditation on race and identity, and a poignant, beautifully crafted hymn from a son to his mother.