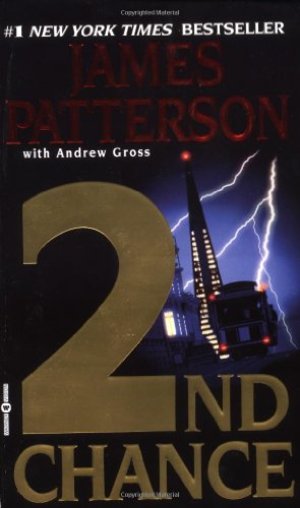 James Patterson, Andrew Gross
2nd Chance reconvenes the Women's Murder Club, four friends (adetective, a reporter, an assistant district attorney, and a medical examiner)who used their networking skills, feminine intuition, and professional wiles tosolve a baffling series of murders in 1st to Die. This time, themurders of two African Americans, a little girl and an old woman, bear all thesigns of a serial killer for Lindsay Boxer, newly promoted to lieutenant of SanFrancisco's homicide squad. But there's an odd detail she finds even moredisturbing: both victims were related to city cops. A symbol glimpsed at bothmurder scenes leads to a racist hate group, but the taunting killer strikesagain and again, leaving deliberate clues and eluding the police ever morecleverly. In the meantime, each of the women has a personal stake at risk--andthe killer knows who they are. 2nd Chance speeds along at a Formula One pace through many tight curves,but unlike recent entries in theAlex Cross series, itdoesn't sacrifice good characters to a twisted plot. Lindsay's the star, butthere's a fine esprit de corps among the four women, who are even betterdeveloped here than in the first book. What makes them both convincing andinteresting as a criminal-justice juggernaut is their willingness to stick theirnecks out, even if they suffer for it. If you haven't picked up a JamesPatterson novel in a while, this is a great time to start anew. --BarrieTrinkle

@nataliedome
Reviewed: 2016-01-16
The sensational killings that have rocked San Francisco appear to be unrelated except in their brutality. But detective Lindsay Boxer senses there's some thread connecting them all. She calls her friends in the Women's Murder Club together to see if they can discover what it is. Working with Chronicle reporter Cindy Thomas, Assistant District Attorney Jill Bernhardt, and medical examiner Claire Washburn, Lindsay discovers that there is indeed a link. Each of the victims had a close relative in a particular profession, a profession that sends a chill through Lindsay's heart. The partners in the Women's Murder Club deduce where the killer is likely to strike next and bait a trap that can't be resisted. But if their calculation is wrong, the consequences will be lethal. And there will be no second chance.
Item Posts
@lexington3y 2mo
completed ... on 2018-08-18
@lexington3y 2mo
began ... on 2018-08-05
@mrose3y 3mo
completed ... on 2018-03-10
@saphire0074y 10mo
completed ... on 2016-12-12
@saphire0074y 11mo
began ... on 2016-11-13
© 2021 libib.com / All rights reserved