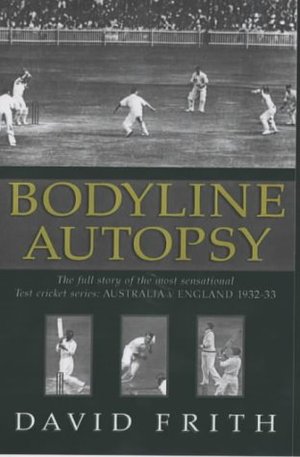 David Frith
Fast bowling and controversy have been inseparable since cricket began, but there has never been a more clamorous uproar than that which occurred during the 1932-33 Test series between Australia and England. England, led by the haughty and slightly mystical Douglas Jardine, had the fastest and most accurate bowler in the world: Harold Larwood. Australia boasted the most prolific scorer of runs the game had ever seen: young Don Bradman, who had punished England's bowlers mercilessly during the 1930 tour. He had to be stopped. Jardine had the weapon and the strategy. The leg-side bouncer onslaught inflicted on Bradman and other Australian batsmen in 1932-33 by Larwood and Bill Voce, with a ring of fieldsmen waiting for catches, caused outrage at the highest level of government. Bodyline, as this infamous technique came to be known, was repugnant to the majority of cricket-lovers, and ultimately outlawed. In this work, David Frith has provided a history replete with anecdote on a sporting scandal that, 70 years on, continues to inspire controversy.