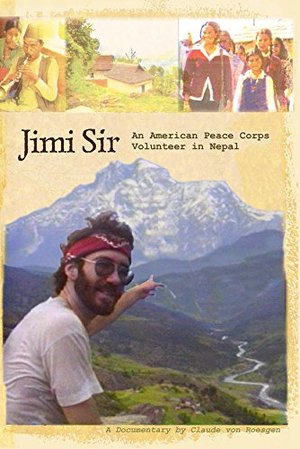 Claude von Roesgen claude@jimisir.com
Take a journey to the rugged terrain that separates the barren Tibetan plateau and the plains of India. Live alongside Jimi, a Peace Corps volunteer in Melung, a days walk south of the trail from Kathmandu to Mt Everest base camp. Delve into the ways of the Tibetan Buddhist people living and farming side by side with the Hindu Sanskrit culture. Witness the Buddhist prayer wheels and flags alongside the Hindu puja rituals. Understand the challenges facing Nepal as its citizens struggle with overpopulation, deforestation, and drinking water quality. Celebrate the festival of Tihaar, a tribute to the animals. Watch Jimi as he strives to finish a water quality and educational development projects before the deadline of his completion of service.Benefit from Jimi's two years of Peace Corps experience in Nepal as a high school math/science and English teacher by seeing Nepal through his eyes. Jimi speaks Nepali fluently and brings you into the culture. Come to understand what it means for a Westerner to spend two years in the Middle Ages where there are no roads, vehicles, electricity, plumbing, telephone or radio. Experience Jimi's unique perspective on our Western way of life.A must see for anyone interested in visiting Nepal or has traveled there themselves. You'll feel like you're back in this enchanting land of mountain peaks that reach as high as the highest thunderheads. With rivers that churn their way furiously through narrow valleys flanked by rice paddies rising thousands of feet above the river bed. If you're a returned Peace Corps volunteer, interested in becoming a Peace Corps volunteer, or know anyone who did Peace Corps service you'll definitely want to watch Jimi Sir.This product is manufactured on demand using DVD-R recordable media. Amazon.com's standard return policy will apply.