City of Spies: A Novel 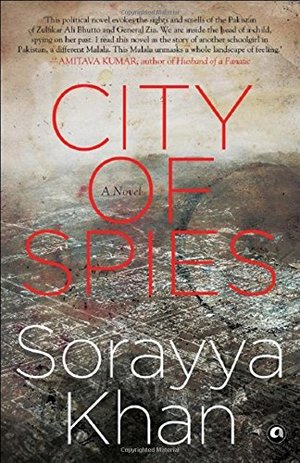 Sorayya Khan
A thrilling coming-of-age story that is set in the Pakistan of Zia and Bhutto. 'God was everywhere, but so was the general'. It is the summer of 1977 and Pakistan swelters in the unrelenting heat. Weeks after her eleventh birthday, Aliya Shah wakes up to the news that there has been a coup d'etat, General Zia has taken over the country and Prime Minister Zulfikar Ali Bhutto is in jail. Although the shadow of the general and his increasingly puritanical edicts threaten to disrupt their comfortable existence, life goes on for Aliya much as before as she attends the American School in Islamabad. However, when a much loved young boy, the son of the family retainer, dies tragically in a hit-and-run accident, her world is turned upside down, especially when she discovers the terrible secret of the murderer's identity. City of Spies is coming-of-age story that explores Aliya's conflicting loyalties and her on-going struggle to make sense of her world. Set in late 1970's Islamabad and Lahore, City of Spies is a gripping novel that unfolds over thirty months in Pakistan's tumultuous history. This delicate political novel evokes the sights and smells of the Pakistan of Zulfikar Ali Bhutto and General Zia. We are inside the head of a child, spying on her past. I read this novel as the story of another schoolgirl in Pakistan, a different Malala. This Malala unmasks a whole landscape of feeling. Amitava Kumar, author of 'Husband of a Fanatic'.