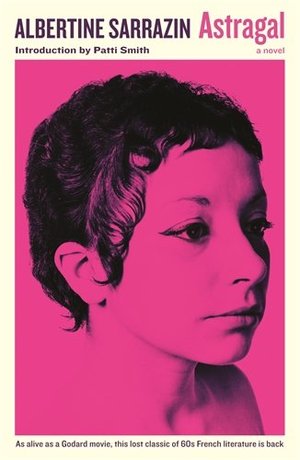 Albertine Sarrazin
As if the reader were riding shotgun, this intensely vivid novel captures a life on the lam. "L'astragale" is the French word for the ankle bone Albertine Sarrazin's heroine Anne breaks as she leaps from her jail cell to freedom. As she drags herself down the road, away from the prison walls, she is rescued by Julien, himself a small-time criminal, who keeps her hidden. They fall in love. Fear of capture, memories of her prison cell, claustrophobia in her hideaways: every detail is fiercely felt. Astragal burst onto the French literary scene in 1965; its fiery and vivacious style was entirely new, and Sarrazin became a celebrity overnight. But as fate would have it, Sarrazin herself kept running into trouble with the law, even as she became a star. She died from a botched surgery at the height of her fame. Sarrazin's life and work (her novels are semi-autobiographical) have been the subject of intense fascination in France; a new adaptation of Astragal is currently being filmed. Patti Smith, who brought Astragal to the attention of New Directions, contributes an enthusiastic introduction to one of her favorite writers.