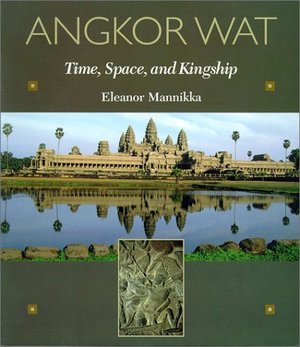 Eleanor Mannikka
Angkor Wat, with its magnificent towers silhouetted against the rising sun, is one of the most awe-inspiring architectural visions in the world. The temple was rescued from obscurity in the mid-19th century when French explorers reported seeing great sandstone monuments in the Cambodian jungle. At the turn of the century, as clearing began and the site re-emerged from the surrounding jungle growth, the temple was on its way to becoming recognized around the world as one of our greatest architectural achievements. Despite its impressive exterior, very little was known about Angkor Wat beyond the stories told by it bas-reliefs and the inscriptions chronicling the life of its builder, King Suryavarman II. Now, Eleanor Mannikka's study brings the principles of 12th-century Khmer temple architecture to the modern world.