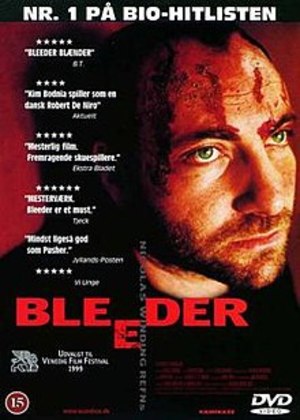 Nicolas Winding Refn
Danish filmmaker Nicolas Winding Refn follows up his intense crime drama Pusher with this story of a young couple living on the edges of society. Leo and Louise (Kim Bodnia and Rikke Louise Andersson) are in love and share a flat; Leo likes to go drinking with his buddies and watch action movies on the VCR, while Louise prefers quiet nights at home. Louise's brother Louis (Levino Jensen) is a racist thug who imagines himself an underworld kingpin. Lenny (Mads Mikkelsen) is a friend of Leo's who loves movies but is painfully shy around women; when he finally works up the nerve to ask Lea (Liv Corfixen), a waitress at an all-night diner, for a date, a mix-up finds the two seeing the same film but at different theaters. While Leo seems better adjusted with his friends, that begins to change when Louise informs him that she's going to have a baby. Leo doesn't react well to the news: he becomes remote and begins to turn violent, as a long-held self-loathing finally begins to rise to the surface. Bleeder received strong notices, particularly for the performances by Kim Bodnia and Rikke Louise Andersson, in its showings at the 1999 Venice and Haugesund Film Festivals. Language: Danish with subtitles in Danish. Suitable only for persons of 15 years and over. Disc in a DVD storage binder.