Along the Silk Road 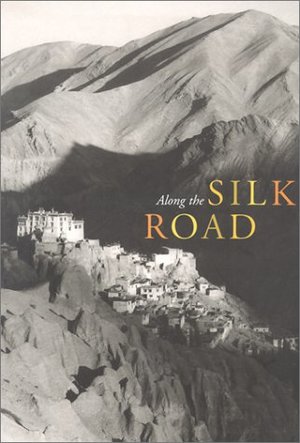 Elizabeth ten Grotenhuis
In 1998 renowned cellist Yo-Yo Ma founded the Silk Road Project, Inc., a nonprofit organization devoted to the living arts of peoples of traditional Silk Road lands. One of the major components of this exciting, multi-year venture has been the commissioning of new works by composers from Silk Road regions to be played in concerts and festivals throughout the world. An equally fascinating part of the project is the exploration of ways that traditional cultural expression can help revitalize contemporary culture, a goal exemplified by this volume, itself part of the Silk Road Project activities.The greater Silk Road encompassed certain sea routes and the loose system of trails that crossed the mountains and deserts of Central Asia to connect East Asia and the Mediterranean. This historical network, at its height from the second century B.C.E. until the fourteenth century, was the most cosmopolitan area on earth. Merchants carrying fine silks and lacquers westward from China would mingle with traders bringing fragile Roman glass to the east or with Indians seeking markets for carved ivory cosmetic boxes and gold ornaments for fashionable women. It was by these routes, too, that the religions of Buddhism and Islam, among others, spread throughout Asia.This richly illustrated, lively book is keynoted by Yo-Yo Ma's candid insights into contemporary music and the Silk Road. Distinguished contributors who explore the present-day Silk road and its absorbing history include a composer, an ethnomusicologist, an archaeologist, a photographer, a scientist, a film critic, and two art historians.Elizabeth ten Grotenhuis is associate professor of Asian/Japanese art history at Boston University and associate in research at the Reischauer Institute of Japanese Studies at Harvard University. Contributors include Yo-Yo Ma, Theodore Levin, Bright Sheng, Elizabeth Barber, Kenro Izu, Debra Diamond, Merton C. Flemings, and Hamid Naficy.