Nasa: Visions of Space : Capturing the History of Nasa 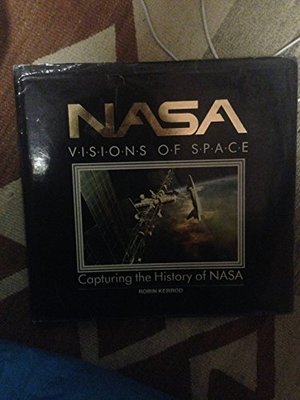 Robin Kerrod
NASA: Visions of Space is the story of the National Aeronautics and Space Administration, chronicled through paintings, photographs, and graphics generated by the American space program. Since 1962, the often fantastic, sometimes tragic, and always awe-inspiring events of NASA's journeys into space have been documented through a variety of graphic and artistic works. Specially commissioned works by such artists as Robert Rauschenberg, Norman Rockwell, and Robert McCall have captured both the spirit and science of the space age. Drawings and diagrams also show how artists and scientists work together to develop concepts and refine designs. Accompanying these images is Robin Kerrod's expert narrative, which takes us from the early days of the American space program, when astronauts with "the right stuff" rocketed into orbit in sardine-tight capsules; through the heady days of the Apollo Moon landings; past the interplanetary odysseys of Voyager 2 and other unmanned probes; and into the Space Shuttle era, when spacewalks and launches became deceptively routine. NASA: Visions of Space then leaps into the future by revealing artists' conceptions for Freedom, America's permanent space station, bases on the Moon, and manned missions to Mars. Combining science writing with the documentary and imaginative powers of art, NASA: Visions of Space is a unique look at America's adventures in space.