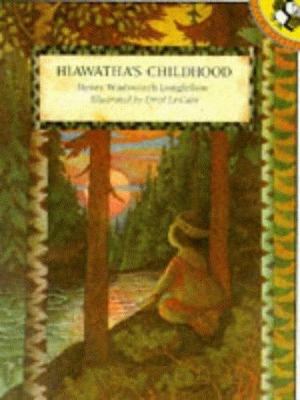 Henry Wadsworth Longfellow, Errol Le Cain (Illustrator)
Henry Wadsworth Longfellow (1807-1882) was the most popular and admired American poet of the nineteenth century. Born in Portland, Maine, and educated at Bowdoin College, Longfellow’s ambition was always to become a writer; but until mid-life his first profession was the teaching rather than the production of literature, at his alma mater (1829-35) and then at Harvard (1836-54). His teaching career was punctuated by two extended study-tours of Europe, during which Longfellow made himself fluent in all the major Romance and Germanic languages. Thanks to a fortunate marriage and the growing popularity of his work, from his mid-thirties onwards Longfellow, ensconced in a comfortable Cambridge mansion, was able to devote an increasingly large fraction of his energies to the long narrative historical and mythic poems that made him a household word, especially Evangeline (1847), The Song of Hiawatha (1855), The Courtship of Miles Standish (1858), and Tales of a Wayside Inn (1863, 1872, 1873). Versatile as well as prolific, Longfellow also won fame as a writer of short ballads and lyrics, and experimented in the essay, the short story, the novel, and the verse drama. Taken as a whole, Longfellow’s writings show a breadth of literary learning, an understanding of western languages and cultures, unmatched by any American writer of his time.