Aftershock: Rebuilding After the Earthquake 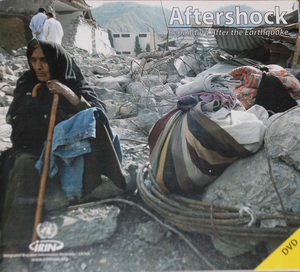 Edward Parsons/IRIN
Pakistan Muzaffarabad, An elderly woman sits among the rubble, she received donated blankets and a jacket. She still has no place to go, her home completely destroyed. Minutes after the earthquake struck, 73,000 people lay dead. At least 30,000 of the dead were children.More than 7,000 schools were destroyed and 900 teachers killed. More than two million were made homeless. Separated from his parents by the quake, thirteen-year-old Aurangzeb thinks they are dead. But just as class is settling down for the first lesson of the day, a delegation from the Red Cross arrives carrying exciting news. Against the odds, and six months after the event, Aurangzeb's mother, has been found alive and well. [Date picture taken: 10/15/2005] http://www.irinnews.org/photo/2005101513/2005101513jpg