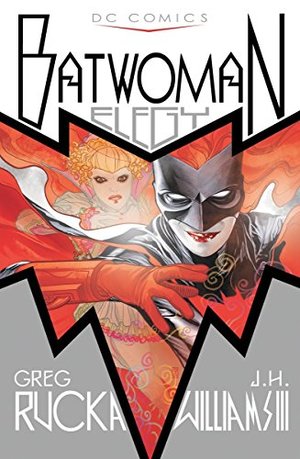 Greg Rucka, J.H. Williams III
A new era begins as Batwoman is unleashed on Gotham City! Marked by the blood-red bat emblem, Kate Kane is a soldier fighting her own private war - one that began years ago and haunts her every waking moment. In this first tale, Batwoman battles a madwoman known only as Alice, inspired by Alice in Wonderland, who sees her life as a fairy tale and everyone around her as expendable extras! Batwoman must stop Alice from unleashing a toxic death cloud over all of Gotham City -- but Alice has more up her sleeve than just poison, and Batwoman's life will never ever be the same again. Also, witness the origin of Batwoman in the shocking and tragic story "Go," in which young Kate Kane and her family are kidnapped by terrorists, and Kate's life - and the lives of her family - will never be the same!