China: The Rebirth of an Empire 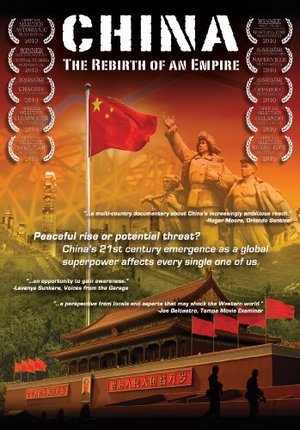 Jesse Veverka, Jeremy Veverka
China's unprecedented growth has placed it on the verge of overtaking the United States as the world's preeminent power. But what type of power will China become? In today's interconnected and globalized world, the answer affects each and every one of us. In Pakistan and Afghanistan, China's humanitarian activities and investment in infrastructure have won it the hearts and minds of the people. Yet in Tibet and Xinjiang, China is reviled for its imperialistic abuse of human rights. Will China use its strength to dominate its neighbors and become a 21st century empire, or will China's youth lead the country towards democracy? Whether it's a peaceful rise or potential threat, China's 21st century emergence as a great world power will change the lives of everyone. This DVD contains the 86 minute theatrical version of China: The Rebirth of an Empire, winner of three awards for BEST DOCUMENTARY, as well as a special features section containing deleted footage and behind-the-scenes interviews with the directors.