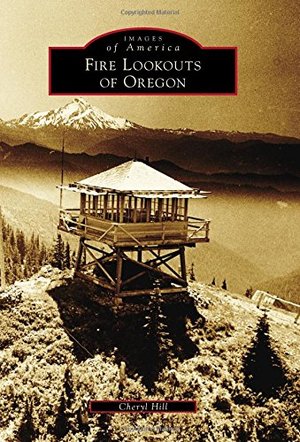 Cheryl Hill
The first lookouts were rustic camps on mountaintops, where men and women were stationed to keep an eye out for wildfires. As the importance of fire prevention grew, a lookout construction boom resulted in hundreds of cabins and towers being built on Oregons high points. When aircraft and cameras became more cost-effective and efficient methods of fire detection, many old lookouts were abandoned or removed. Of the many hundreds of lookouts built in Oregon over the past 100 years, less than 175 remain, and only about half of these are still manned. However, some lookouts are being repurposed as rental cabins, and volunteers are constantly working to save endangered lookouts. This book tells the story of Oregons fire lookouts, from their heyday to their decline, and of the effort to save the ones that are left.