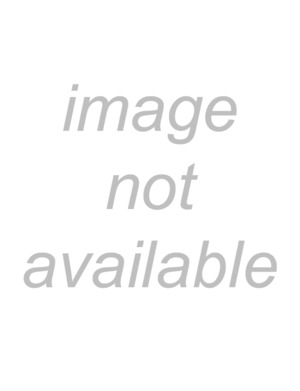 Markus Zusak
The 10th-anniversary edition of the #1 New York Times bestseller and modern classic beloved by millions of readers. One of the most enduring stories of our time, The Book Thief is just a small story really, about, among other things: a girl, some words, an accordionist, some fanatical Germans, a Jewish fist fighter, and quite a lot of thievery. The 10th-anniversary edition features pages of bonus content, including marked-up manuscript pages, original sketches, and pages from the author's writing notebook.

Markus Zusak's The Book Thief fills a gap in literature about World War II; he examines the effect of the war on the Germans. This book is not light reading and is not for those who don't like to read. At 550 pages, it is thick with death and fear and joy. The story is told from the perspective of Death. Death comments on the people and the souls he takes. He complains that Hitler is demanding and war is exhausting and he is tired. This is not humorous writing, however. This is really serious and deadly. Death tells us the story of Leisel, whose mother, a communist, gives her up for adoption to save her from the wrath of the anti-Communist Nazi Germany. Leisel's adoptive family is not part of the Nazi party because of things her adoptive father, Hans, has said and done in the past. This seals their fate as being on the edge of society. Hans teaches Leisel to read and she becomes enamored with books and words. She steals books as much for the book as the thrill. Rosa, her adoptive mother, works as a laundress until the war shuts her business. Thus, Death tells us the story of how the war destroys a family economically. There are Jews in the story. One group that reappears shows Jews marching through town to Dachau. The locals go and watch the parade, as they call it, because it is something to do. The other is the Jew named Max. His father was a good friend of Hans during the First World War and so Hans feels compelled to hide this young man in his basement. Max becomes a particularly good friend of Leisel's as they share a love of words. He writes a book of stories for her and leaves it behind when he flees the house to save the family from certain doom if he is caught in their basement. Leisel then regularly watches the parades searching for Max. Once Max leaves and the war turns against Germany, Leisel and her family fall into destitution. Hans is sent away as part of the war effort, as are numerous men along the street. Rosa and Leisel are distraught that he is gone and stumble through life until he returns 2 years later. Their joy is short lived. During this time, Leisel does see Max in one of the parades and defies the Nazi guards by marching through town with him. Shortly after Hans returns home, Leisel is in the basement writing a book when a bomb hits the street. Everyone on the street dies, except for Leisel. Even Death is upset at her loss. She lost her best friend, second family, and entire community. This is an emotionally difficult read, although a wonderful addition to history. We often forget about the impact WWII had on the Germans. As wonderful as this is, there is a small pool of high schoolers who are really ready for this book.