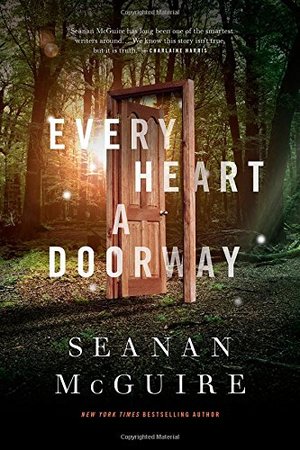 @amusingnickname
Reviewed: 2021-05-30
I'm holding off on rating this for a few days. I think I need to recognise this as a YA novella, rather than a fully blown 500 page adult novel.. The concepts are gorgeous, the message should be shouted from rooftops.. However, I'm not sure its allegorical nature can justify the one dimensional character traits, though I can probably understand why they have been presented that way.. Urgh, the confusion.. Teenage me would've revelled in this, felt as though this book understood me.. Adult me feels as though defining characters solely by their one perceived difference, is naive. So yep, not sure where to go with this one! As a message for teenagers trying to accept their identity - 5 stars. As an abstract message to adults trying to understand/remember what it was like being a teenager accepting their identity, and thus allowing and accepting that process - 5 stars.. As a fully functional book.. hmm let me think on it...
@camscott
Reviewed: 2020-07-06
LOVE this book. The weird characters and interesting world. I am so impressed by how easily she builds this world system with categories that make sense in such a natural way. Excited to read the rest of her books in this series.
@quirkybooknerd
Reviewed: 2020-02-10