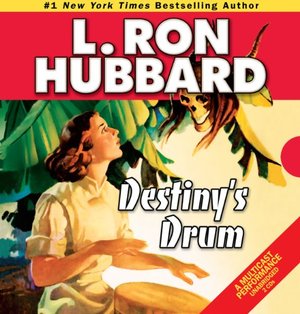 L. Ron Hubbard
Soldier, adventurer, and man of the world—with a touch of con man thrown in for good measure—Phil Sheridan is a perfect role for a young Steve McQueen. But Sheridan’s world-wandering ways may soon come to a very abrupt—and violent—end . . . on the long-forgotten Indonesian island of Kamling.Falling into the hands of a bloodthirsty tribe led by the notorious slave trader known as Portuguese Joe, Sheridan discovers that there’s not enough room on the island for the two of them. And Portuguese Joe has the perfect solution: dispatch Sheridan to another world . . . with the help of a firing squad.But Sheridan has other plans. The island is home to a hidden fortune in gold—and a gold miner’s beautiful daughter—and he means to get his hands on both of them. If he can avoid the exotic dangers lurking at every turn . . .By the age of eighteen Hubbard had already traveled via steamboat to the Far East and served as a helmsman on a twin-masted schooner off the coast of China. On those voyages he had the opportunity to explore and investigate life on the islands of the South Pacific. His insights into the people and culture gained on those journeys inform stories like Destiny’s Drum.