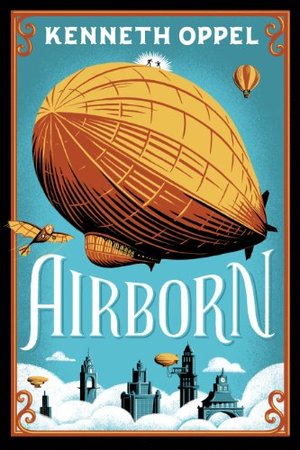 Kenneth Oppel
Handsome new editions celebrate the 10th anniversary of the award-winning aerial adventure that started it all.Winner of the Governor General's Award, a Michael L. Printz Honor Book, and recipient of many other national and international honours, Airborn fired the imaginations of readers around the world when it was first published in 2004 and its popularity has never waned. Airborn was followed by the acclaimed sequels Skybreaker, winner of the Red Maple Award and the Ruth and Sylvia Schwartz Children's Book Award, and Starclimber, a Canadian Library Association Children's Book of the Year Award Honour Book. These stunning new editions with cover illustrations by Jim Tierney mark a new decade of soaring adventures for this trio of contemporary classics.