All Rise: The Remarkable Journey of Alan Page 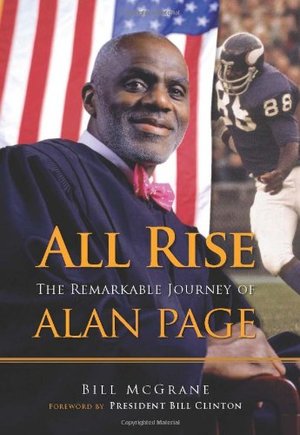 Bill McGrane
All Rise is the authorized biography of Alan Page, a remarkable man who became a pioneer for his race without setting out to be one. He grew up in Canton, Ohio, in the shadow of the Pro Football Hall of Fame, into which he would later be inducted after his stellar NFL career. After leading Notre Dame to a national championship in 1966 and earning All-America honors, he became a first-round draft choice of the Minnesota Vikings in 1967. A six-time All-Pro for the Vikings, where he led the team to four conference titles, he was named the NFL's MVP in 1971, the first defensive player to be so honored. After retiring and being elected in the NFL Hall of Fame, Page went on to graduate from the University of Minnesota Law School and to become a justice on the Minnesota Supreme Court. This stirring biography takes a detailed look at a truly influential and remarkable man.